Home local The Voice of the Philippines Season 2 Christelle Tiquis sings ‘To Make...

When we think of an artist who has hurts and pains, Christelle, 20 years old from San Pablo, Laguna is a good example. The thing is this artist joined the Blind Audition of The Voice of the Philippines Season 2 for the purpose of reuniting with his father again.

Christelle has a father who was missing since March 6. They did everything from posting pictures to announcing in mass media just to find him but to no avail. His father was a tricycle driver before he went missing. The family is now clueless of what really happened to him and they wanted him to give an assurance that he is still alive. 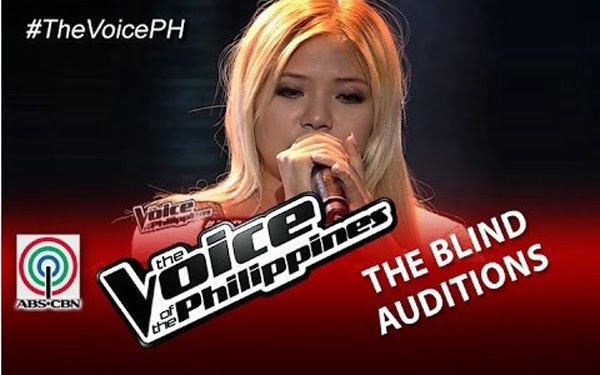 During Christelle’s performance, she was emotional. She performed her own version of the song “To Make You Feel My Love” that made Coaches Lea and Apl.de.ap turn their chairs. The coaches who turned felt the emotion coming from the artist while they were facing her. Christelle found it hard to manage her emotion and that became a source for the coaches to give their advice. Most of them wanted her to improve in dealing with her emotions as a performer because her job was to render the song very well.

The artist announced when she was interviewed that her inspiration in singing was her mom. She was also given time to announce about his missing father and bid him to come back. Though she was not so sure about what will happen, she kept her fingers crossed.

When it was time for Christelle to choose among the two coaches who turned their chairs, she preferred joining Team Lea. Congratulations to Christelle Tiquis for making it to the Blind Auditions.