Ten years after the operation and with its visitor rates declining, a new attraction has been created to recapture the interest of visitors in order to fulfill a corporate mandate.

However, this new attraction backfires horribly.

The fourth Jurassic movie called as the “Jurassic World” and the countdown for the trailer was cut short by its unexpected early release which should have been due on Thanksgiving Thursday, according to the tweets by the director, Colin Trevorrow and producer Frank Marshall 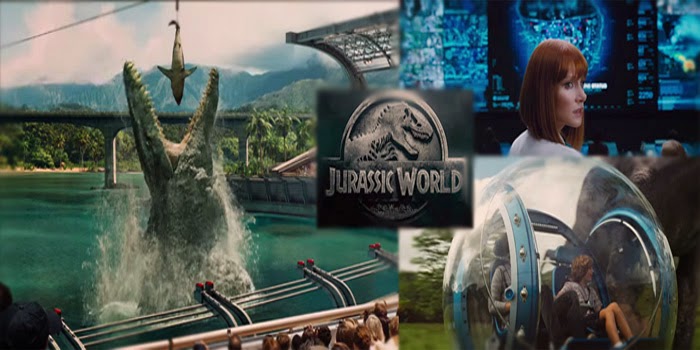 The trailer, so far, has been viewed more or less 30 million times and the numbers are still climbing. Along with the tremendous amounts of views were positive responses from its viewers, although some has raised their questions.

What the trailer showed to its viewers was quite a surprise but one thing wasn’t seen. Where is the series’ signature dinosaur? We did not get to see the Tyrannosaurus Rex!

However, as a follow-up to the release of the trailer, the official website of the film has been launched and with it comes our first look at the film’s T-rex. 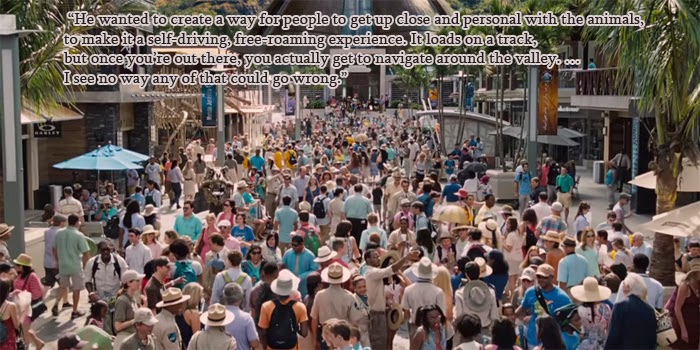 At the same time, Trevorrow has provided a commentary on the trailer which contained his explanations of a few different points of the film that would definitely catch the interest of fans everywhere who have lots of questions to ask about the new film.

The film is sure to offer something to us as we are brought into a world of dinosaurs, viewing them from afar or from gyrospheres or from the stands of an aquatic dinosaur feeding stadium.

Then, we are teased about the park’s new “genetically-modified” dinosaur which proves to be an important, big part that generated the most commentary from Trevorrow.

“There is no shortage of awesome dinosaurs,” said the director.

The last part of the trailer was the most intriguing as it shows Chris Pratt’s character charging through the jungle on a motorcycle, flanked by a number of velociraptors. Are they working together now? Or are the velociraptors just not interested in biting Pratt’s head off?

Either way, this film is sure to offer us some promising events when it finally stomps into life on June 12, 2015.

What are you waiting for? The Park is Open.