Home business Horrifying Experience Tourist Kneels Down and Beg for an iPhone 6 Refund...

The netizens seems to have a lot of topic and talk these recent days for another incident had become viral recently. This case is about a Vietnamese tourist in Singapore and his horrifying purchase of an iPhone 6 from a cellular phone shop in the place.

Based on a report posted last November 4, originally in zaobao.sg, a tourist identified as Bahn purchased an iPhone 6 from Mobile Air shop in Sim Lim Square. 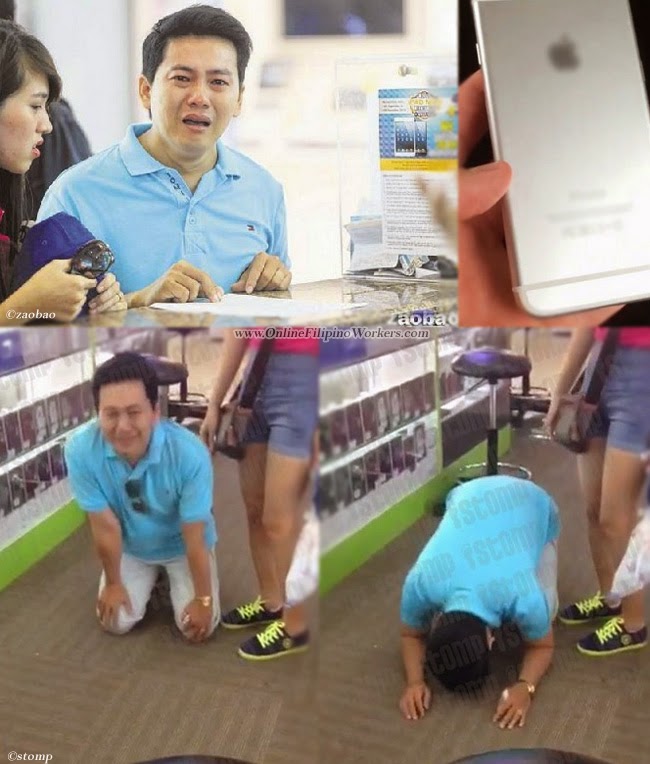 The smartphone, which was supposed to be given as a birthday gift for his girlfriend, was quoted to have cost $950. Bahn immediately paid for the device in cash with the mistake of not checking the documents that came along with it.

Reports stated that he staff members of Mobile Air asked the man if he wanted to get a warranty package of one or two years. Oblivious of the fact that the warranty package has a charge, Bahn went with the one year package. Then, he was asked to pay an additional $1,500 much to his distress.

Then, the staff members refused to let him leave the shop without the warranty package.

This notion of the staff watered the eyes of the 30-year old factory worker. He said in tears that he only earns $200 a month and $950 had been worth a few months pay for him. For a factory worker like him, that was already a large amount of sum.

In desperation, the Vietnamese tourist went down on his knees in front of the Mobile Air staff members and begged for a refund.

Sadly, the staff just reportedly laughed at him and none of the passersby came to his aid to offer him any assistance.

Then, the staff initially offered him a refund worth $600 but the man’s girlfriend didn’t want to settle with the amount. The staff threatened that they would not give the refund if the couple called the police.

The girlfriend, not paying heed to the threat, called the police for help anyway.

Upon police’s arrival, Mobile Air shared them an invoice signed by Bahn and proposed a refund of only $70. The Consumers Association of Singapore (CASE) was eventually brought into the scene to settle the matters.

Bahn ended up agreeing to receive the refund of $400 since he will be going back to Vietnam in two days, unsure if CASE could really do resolve the case.

Mixed reactions were garnered from the netizens due to this incident. Reference kickerdaily