Chris Algieri learned his lesson after rolling on canvas 6 times on the fight against the Filipino boxing icon Manny Pacquiao in Cotai Arena last November 23, 2014. In his fighting career of almost 20 fights with undefeated record, Algieri received his first loss against the “PacMan” on the 12 rounds with scores of 119-103, 119-103, and 120-102.

Yet after the fight interview he claims that only 1 knockdown as real and all was just outbalanced. 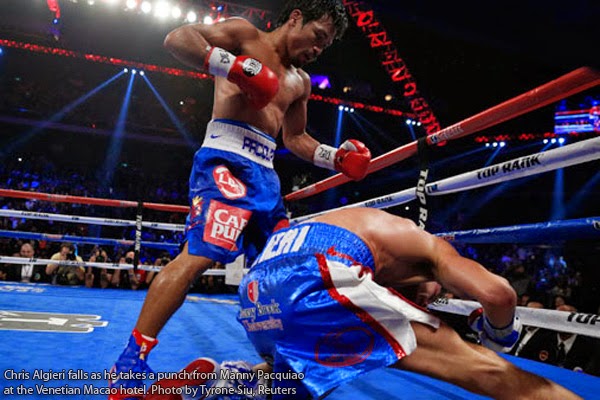 “The only one that was a legitimate knockdown was when we traded left hooks (in the ninth round) and I went down,” Algieri said in a post-fight interview. “That was the only shot that really hurt me.”

According to Algieri he thought that the round they traded left hooks was his best round but Pacquiao with his power punches and combinations sent Algieri on the floor.

However after that round, Pacquiao landed a smart punch sending Algieri again on the canvas but was able to withstand the flurry punches from ‘PacMan’.