What do you think would push a child to far lengths as to go all the way and turn his back on his beloved father?

Pinoy Big Brother, a Philippine reality television show, had produced a lot of potential actors and actresses, one of which is Maris Racal. Maris was the second big placer in the most recent batch “All In” and she is ready to take on challenges that require her to test her skills and limitations as an actress in her first ever “Maalaala Mo Kaya” episode. This MMK episode is set to air on ABS-CBN this Saturday, October 18. 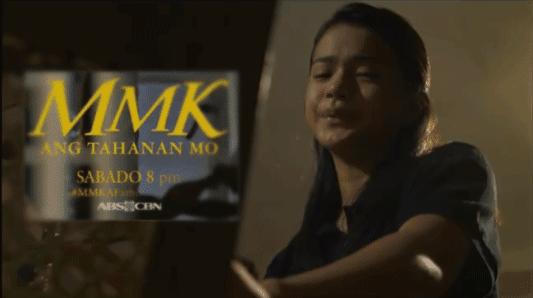 Maris will star as a lady named Myla, a loving and diligent daughter of a seaman called Dionisio, who is in turn, played by Nonie Buencamino.

Being the only girl among the children, Dionisio treated Myla as his favourite. Despite the hardship of having to work away outside of the country, the relationship between the father and daughter did not cease at all. Dionisio would occasionally remind Myla to keep on being industrious and earnest in order for her to finish her studies and pursue her dreams. However, the solid relationship between the two of them had been placed on tricky waters as Dionisio’s relationship with his wife is not turning good.

In the middle of the difficult obstacles that went their way, which would Myla choose if made to weigh between two matters—the current misgivings of her father or the overflowing love and support he gave her since childhood?

In the course of 23 years, “Maalala Mo Kaya” had become a part of every Filipino family, wherever in the world they might be. Every Saturday, television viewers are expected to shed tears, bring smiles to their faces and be given inspiration by each episode through the retelling of true-to-life experiences that letter-senders share to the program.

Don’t forget to tweet your thoughts and opinions on your reaction about the upcoming episode this Saturday using the hashtag #MMKAFathersPromise.Reference: abscbnpr