The maiden episode of The Voice of the Philippines Season 2 premiered on Sunday October 26, 2014 kicked off with an energetic performance of the 4 coaches namely Sarah, Bamboo, Apl De Ap and Lea. After a spectacular number, the blind audition started right away wherein each artist was featured. The Next Episode will be on November 2, 2014

On the 5 artists who tried their luck on the Blind Audition, 4 of them entered namely Timothy Pavino, Tanya Diaz, Jannet Cadayona, and Kokoi Baldo. One artist did not make it namely Bryan Babor, a 20-year old Bamboo fan from Dumaguete. 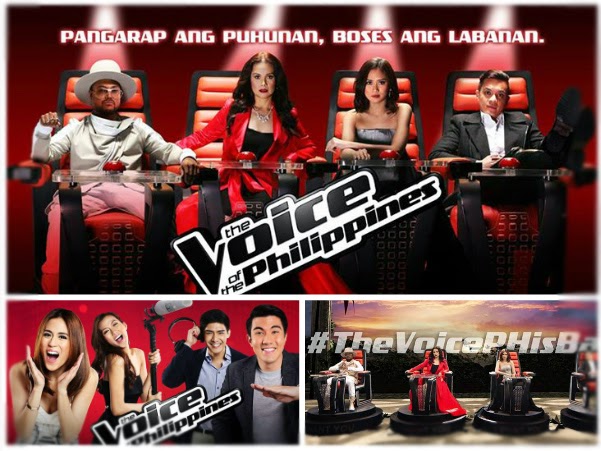 The artists on this episode found it hard to make up their minds on whom they will entrust their training will be. Each of the four artists who made it to the Blind Audition has his/her own musical genre.

Timothy sang “Your Are My Song” which was a Martin Nievera ballad.

Tanya Diaz sang a rock song entitled “|What About Love”.

There were so many highlights on this episode such as Coach Sarah’s holding of banner, Coach Bamboo’s jamming with his fan Bryan, and the 4 coaches’ jamming with Kokoi. The lives of the artists were examined also and each of them had a VTR to show to the audience their real-life situation.

There are lots of improvement on the program and one of them is the update on social media that pop-ups during the artists’ interview.

Those who made it to the Audition will have to wait for the other group members in order to complete requirement.

When the teams were able to reach 14 members, it means to say they are complete. There were positive responses on social media regarding the maiden episode of the Blind Audition.

So many artists are still waiting to perform in front of the 4 brilliant coaches and they have to convince them to turn their chairs. For the record, the 4 coaches had already 1 artist each and they will have to hunt more for completion.

More amazing performances will be shown next week. You can subscribe now by bookmarking this page.