Lyca Gairanod, known to everyone as the first ever “The Voice Kids Philippines” grand winner, finally got her new house located in General Trias, Cavite.

On Wednesday, ABS-CBN reporter Jeff Fernando shared a photo of young Lyca and her family during the blessing of the house on his account on Instagram.

Our little champion of nine years was born to a poor family and used to scavenge junk in Tanza, Cavite before emerging as the winning child singer in the Television singing contest which concluded last July. 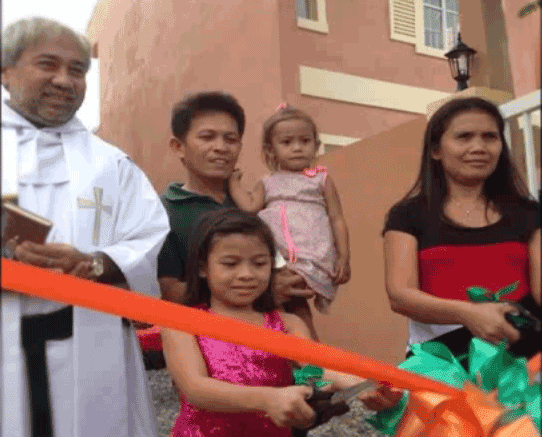 Other than the house and lot Gairanod won from Camella, the young sensation had also gotten P2 million in cash and as well as a recording contract.

Gairanod, dubbed as the “Little Superstar” by the country, finally moved into their new home with her parents and siblings on Wednesday, October 15.

Aside from the singing contest that she had won, the little girl’s post-“Voice Kids” career did not end with purely just singing. Gairanod had also been involved in her very own fair share of acting stints. One of these acting roles was portraying her own character– her own self playing her own story in “Maalaala Mo Kaya”, the longest-running drama anthology in all of Asia. Her episode garnered top-billing ratings on national television, proving that the episode was a success!

Not only that, Gairanod also made an appearance in the primetime drama entitled “Hawak Kamay”, along with box-office actor Piolo Pascual. This show airs every weeknight after the TV Patrol newsprogram.

The Voice kids champ could not hide her excitement in the upcoming kapamilya series and is said to have more expected projects to come her direction. Reference: abs-cbn