A Filipino teacher was accused of using a racial slur in her classroom and is now facing local media in order to give out her side of the story.

Bernadette Yuson, the Pinay teacher involved in the issue, said in a statement, asking why the superintendent delayed the truth of the investigation that was happening.

For her, delaying the truth adds more to the pain of the injury she is undergoing, a pain to her emotional stress.

A student accused Yuson last month, of using the “n” word in the classroom. 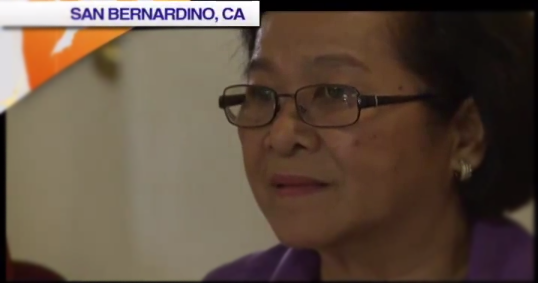 The teacher said that she only repeated the n-word, asking a disruptive student in the class if it was a good and wise word to say.

After the incident, Yuson and her supporters have revealed that the principal of the school had told her that if she admitted to the accusation of using the inappropriate language, then, the issue would be all over.

Yuson added that she just didn’t want this problem to reach the district and if it is possible to be settled immediately with no further ado, at the very moment, she had signed the paper.

Unfortunately, the student still went to the school district and complained about Yuson’s apparent mention of the “n”-word.

The case caught the attention of the local media and a letter was sent out to parents that a teacher had used a racial slur during class.

Tony Dorono of the Filipino Migrant Center stated that Bernadette is nothing more but a victim of the district’s manipulation of the information regarding the facts about the issue.

The Filipino community in the area has made demands to clear the name of Bernadette Yuson.


The school district has refused to air out their comments on the recent activities but is expected to release the findings of their investigation by the end of the month.

No further meetings had taken place between the Filipino community and any other groups. For now, Bernadette and her side are still waiting to see if the school district is willing to go and meet their demands. References: abs, Youtube