Manuel Pangilinan, PDLT chairperson, made a single tweet two days before the campaign, teasing its users about a “very important announcement”. It is said that he was set to make that announcement during the press conference. The local online community began to light up in anticipation for the said announcement, along with a host of speculation ranging from politics, sports and even something personal!

Numbers of Journalists and bloggers turned up to the event to the point of filling one hotel ballroom beyond its seating capacity on the day of the announcement. 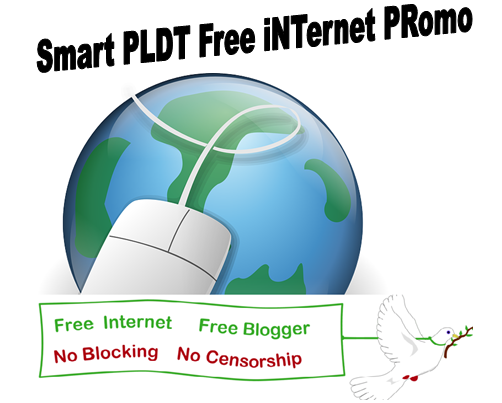 In the middle of all the hype, Pangilinan announced with a line of executive members of PLDT behind him that their new promo will offer free mobile internet to pre-paid subscribers of the three cellular networks that belonged to them—Smart, Sun Cellular and Talk ‘N Text.

But what is this promo really made of? What are we supposed to expect of this? To what extent is “free internet” really free internet in this promo? Is this really something out of the ordinary?

The following things are what you should know about this promo:

1. The cost isn’t really zero for one will need to maintain at least P1.00 balance per day, though that would go way down the traditional costs of mobile internet that one would usually see.

2. The user could use exactly 30 megabytes everyday. Go beyond that limit and you will have to pay.

3. What can one do with 30 megabytes? Users can do lightweight tasks such as browsing the Internet, and also reading, as well as, sending emails. 30 MB would roughly equivalent to 15 minutes of music streaming, 20 plain emails, 50 loaded web pages and 20 social media posts with photo, according to Smart’s estimation.

According to Smart DevNet’s Jim Ayson, 30 MB should be enough for a day for these types of applications. He said in a Facebook post that a lot of modern apps like Facebook are engineered for little bandwidth consumption to minimize efficiency of data.

4. Downloads are, unfortunately, excluded from the service. The same goes for streaming of videos, VOIP apps such as FaceTime, Skype and viber, messaging apps such as WeChat, Line, WhatsApp, and of course, the file-sharing sites such as torrent websites.

5. Although some companies claimed that the service will be delivered through 3G and LTE networks, the minimum speed will have to be 12 kbps.

6. No deals will be done for post-paid as this promo is exclusive only for pre-paid users of Smart, Talk ‘N Text and Sun Cellular.

7. According to the company, their network can be able to handle the promo as Pangilinan gave emphasis that they have done their due diligence before the launch of the promo. They found that their network has more or less 66 million subscribers. Still, they assure their users that they could manage well without compromising speed.

8. This promo period will only last until November 2014 will reach its end. Pangilinan said that they could extend the period, though, depending on the reception of the market. He put it like this in a statement, “We’ll cross that bridge when we burn it.”

Globe said in an emailed press statement that as the telco, they are flattered and somewhat honored that their competitors chose to follow their set leas after they have pioneered Free FB for the world. The wished their competitors the best of luck and gave out a thanks for the compliment they have indirectly received.

However, in quick rebuttal to Globe’s email, Smart posted a photo on Instagram, which took its effect way back in 2011 about their very own Free Facebook service.

Globe suddenly made an announcement that they are going to bring back their free Facebook service which ended last April this year and a six month run, before midnight on Friday evening.

10. Consumers will receive a lot of benefits when different companies are up against each other’s necks, offering better services and promos than the other, making these consumers the eventual winner of all this. The telco industry only goes to show that this brief episode will benefit more costumers if more than two competitors would play the same game in the same field. Reference: interaksyon