MANILA, PHILIPPINES–Through a post on her social media account, Alyzza Agustin, FHM model, proved to have made an even bigger controversial topic than any of the poses she made for a Men’s magazine glossy pages.

As a men’s magazine’s model, she had put herself in hot waters after bragging on social media about how she avoid getting apprehended for a traffic violation by the use and help of Alexander Ignacio’s , a high-ranking policeman, business card, along with a sign. 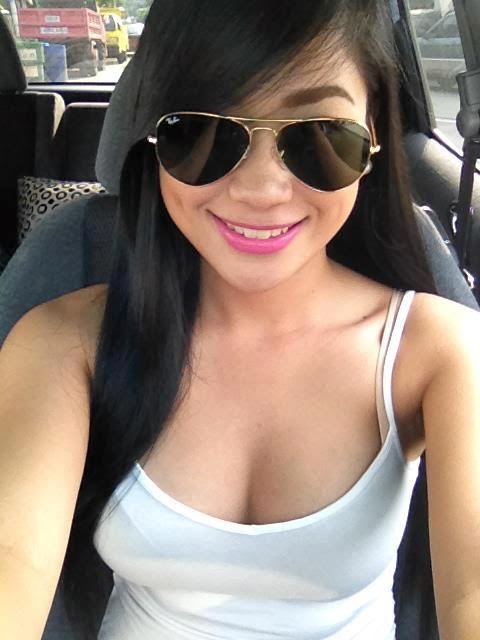 Alyzza Agustin’s Facebook post was caught in a screenshot, showing off the business card that supposedly helped her escape the traffic violation ticket. It shows that it belongs to Philippine National Police Directorate for Plans chief Police Director Alexander Ignacio. It is said that it is his card that let her off the hook. These claims of hers spread like wildfire and made various rounds in many social media site, bashers and critiques popping out from almost every corner of the internet. 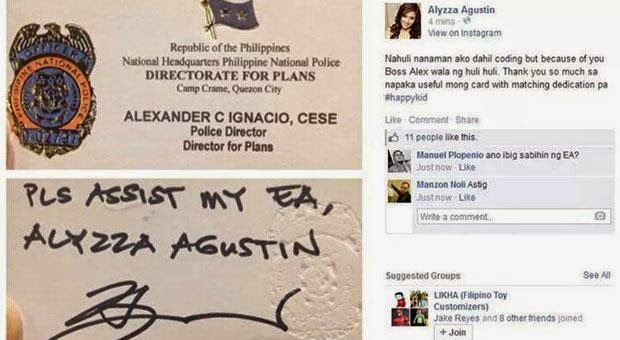 This statement of hers roughly translates to “I was caught again since I violated the number coding but because of you, Boss Alex, I was not reprimanded. Thank you so much for this business card with matching description. It’s really is useful.”

Photos of Ignacio’s supposed business card with his signatures affixed on it, along with a message written on the back accompanied Agustin’s post.

However, Agustin, one of the Filipinas among FHM’s 100 Sexiest Women in the World in 2013, did not make a clear statement about what “EA” stood for in her post.

This statement further aroused netizens’ speculations who claimed that “EA” most probably meant “Extrang Asawa”, suggesting that Agustin is probably the mistress of the police official.

The post has been taken down from Agustin’s Facebook account, as of her posting, and her account was deactivated Newly-appointed PNP spokesperson, Senior Superintendent, Wilben Mayor said Ignacio is currently out of the country, when sought for his comment and thoughts. Wilben said that he will be the one who will air his side when the involved police officer comes back. Reference:inquirer