Walt Disney Southeast Asia confirmed that our very own Filipina star, Kim Chiu is to be a part of their upcoming project to be soon released. It looks like the actress’s dream of becoming a Disney Princess had been granted.

Disney says in a statement that the prized actress has been selected to become a part of a project that they are to launch soon, featuring its popular Princess characters. More details about this said project is to be disclosed in the months to come, exciting Kim Chiu and Disney fans alike. 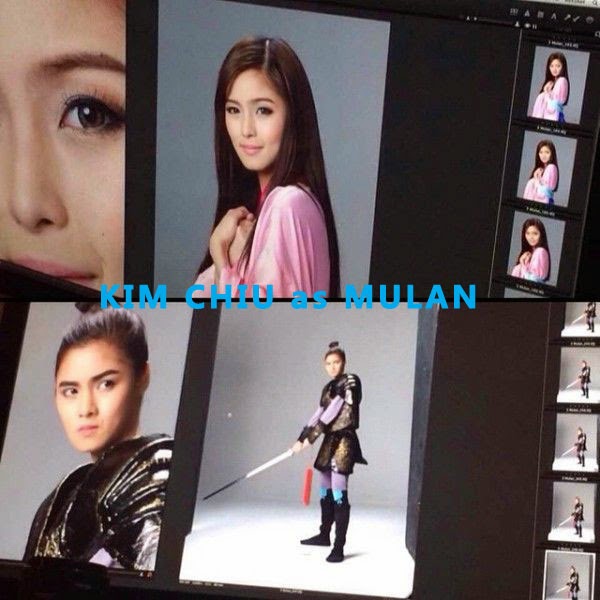 The management behind Kim’s career and had been grooming her to be the star she is now, Star Magic, posted the statement and photos on their Instagram account that showed Kim as the main protagonist of the 1998 animated film, Mulan, as we all know is named Fa Mulan.

Rumors of Kim Chiu’s involvement in the project circulated online as photos of the actress as Mulan surfaced, featuring her as she posed for a 2015 calendar. No other details of the calendar have been given out and announced as of now.

Not only Disney confirmed this information about her participation but the young actress, 24, did so as well. Kim Chiu said that this proved to be an achievement in her life as it was one of her childhood dreams to become a Disney Princess.

She also added that when she was offered the role, she was happy and shedding tears of joy as she could not believe the truth that she would indeed be playing the Chinese Disney princess.

In a dialogue with ABS-CBN, Chiu states that she really felt suited up to be the Disney Princess both dressed in Mulan’s well-known pink hanfu and the Chinese army gear the heroine used as a disguise to enter the army.

The young actress can’t help but express her overwhelming glee and excitement to bring life to Mulan for everyone to see by the time next year rolls in.

Kim is currently seen in the primetime television series Ikaw Lamang and is to star in the romantic-comedy movie “Past Tense” along with actor, Xian Lim and Ai Ai delas Alas. References:abs-cbnnews Rappler