A Showtime teen contestant from Majayjay, Laguna won the “Weekly Pinasikat Finals of ABS- CBN,” garnering a perfect score of 10 on Saturday.

Marlou Mangeron dressed like an old man during his presentation which made his show more interesting to the audience accompanied by wacky moves.

The judges were truly amazed when Marlou Mangeron, a.k.a. as “Marlou M” showed his talent in dancing of the “Isolation,” a combination step of jazz and hip-hop wherein only a single body takes motion. It was shown in the video that Marlou drags the grandfather trick while he dances “Isolation.” 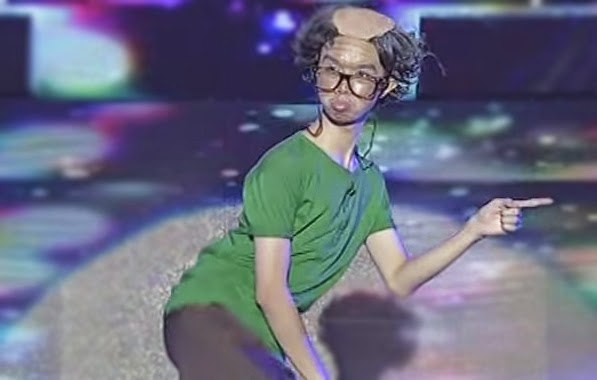 Moreover, he entertained the “Madlang people” as he arrayed the astonishing steps aired in the video by ABS-CBN youtube account last September 20. When the result finally revealed, the judges pressed the button and all of them displayed 10 as a score for Marlou.

In addition, one of the judges commented on Mangeron’s talent show stating how he was thrilled by his unique steps. Furthermore, Gino Padilla said that it was his first time to witness someone does such steps, and he wished him luck.

Also, not only the judges who were bewildered from the incredible dance steps of the weekly winner Marlou, but as evidenced by the video “Madlang people” were also overwhelmed by shouting and clapping their hands.

“Ang galing ng ginawa niya, super astig,” one of the crowd commented upon watching his performance. Although most of the remarks are positive, some also suggested that it would be more interesting if music has been combined.

Next month, the teen dancer will compete for the Monthly Finals of the Pinasikat talent show segment of noontime show its Showtime finals facing a dance group called Wushu Discovery which also obtained a perfect 10 score during the competition.