Last October 18 and 19, a wave of aspiring pharmacists took their licensure examination in seven separate areas located in the Northwestern City of Xian.

Students who were caught cheating reached a total of 2, 440 out of all the testers who appeared to take the examinations. The ratio was accounted to one in ten out of all the 25,000 examinees. 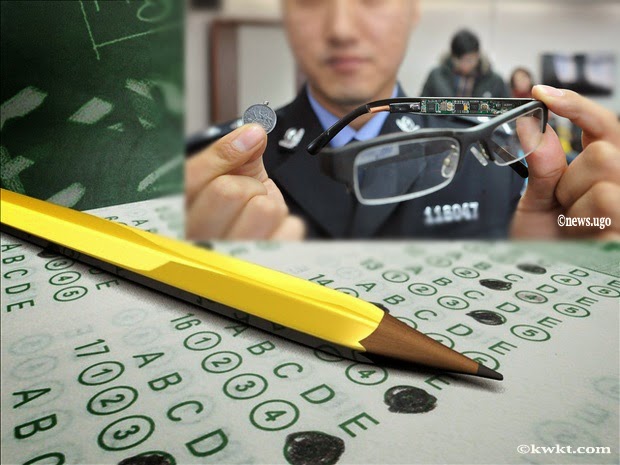 The students who were caught cheating were using a so-called high-tech cheating gear. The device was well-made to fit in and not seem out of place in a spy firm.

Half of the examinees at a certain exam center were claimed by one of the pharmacists, who was caught cheating, to be using and wearing the same ear-piece.

Invigilators detected abnormality in the radio signals that were being used to transmit the answers in code to the test takers, according to the state media. The candidates wore wireless ear pieces or placed some sort of ‘electronic erasers’ on their desks.

The act of cheating is said to have grown widespread in China because the focus of the takers is to get the certifications required to have well-paying careers instead of acquiring the skills that needed in the workplace.

The exam focused educational system in China is the said cause of the rising culture of cheating in the country.

Head of the Provincial Examination Department Du Fangshuai stated that the students who were caught cheating in the national examinations would not be allowed to take the exams for two years following the incident.

Scammers, according to the officials, were made to act as fake candidates and take the examination themselves. These scammers took off after finding out the questions of the exam then began to prepare the correct answers, which were then sent to the candidates who asked for their service in exchange of $330.

A metal detector was used to clamp down the cheating devices as soon as it was discovered.

A great demand for Pharmacists matched up with the shortage of qualified staff is needed in Shaanxi, which only has around 4,000 licensed pharmacists—clearly not enough to cover the staff in over 8,5000 medical firms and pharmacists in that province alone. References: CNN