A video on an anniversary surprise of a Filipino guy to his girlfriend has circulating on social networks and was waxing viral specifically on Facebook.

The video was entitled by Fabro as “My surprise anniversary to my girlfriend,” has acquired 200, 000 views as of Monday. 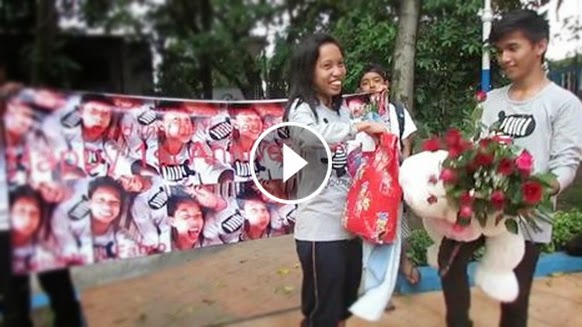 Meanwhile, Caberte was shown in the video being showered with roses, gifts and banners.

Fabro also bought a light blue couple shirt but it was not worn by the couple.

Finally, the video ended up when the girl gave her gift photo frame with their pictures together in it to Fabro.