By the way, the person who designed Kristel’s gown was a Hollywood-based designer Rocky Gathercole who in advance, pop star Katy Perry was one among her clients.

According to Kristel Moreno, her outfit was based from American Performer Jennifer Lopez in which at first gaze of Lopez in the internet, she immediately requested Gathercole to have the gown fitting for the concert. 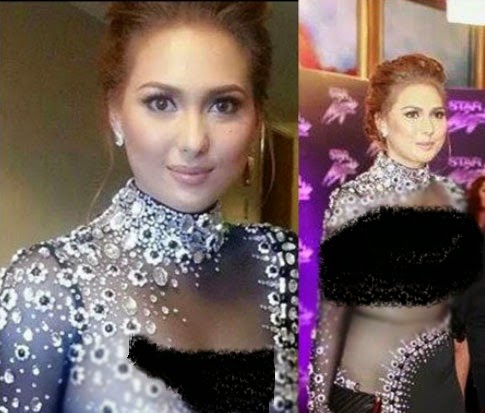 Kristel Moreno clarified that it was not her intention to cause allegations or create a scandal at the Magic Ball by wearing her sexy dress revealing her cleavage and legs.

At first, the member of Star Magic Batch 16 Kristel didn’t care about the negative comments she acquired. Moreno also told Mario Dumaual in an interview with the ABS-CBN News that she even apprised her companions not to mind those criticisms.

However on the following day after the ball, Kristel couldn’t control herself to cry as she perceives some remarks that insulted her being. She disclosed that she tried to read the feedback and also avoided the online comments which bowled her having the worst dress during the ball. But she couldn’t prevent to internalize criticisms because she was tagged from a new Facebook post that according to her, ensnared the whole her.

“It really had hurt me, and I really cried. Some comments became somehow too harsh. They have insulted not just my looks but also my being which in reality, they don’t know me,”

Kristel said during the interview. Moreno on the other hand has expressed acknowledgement because maybe somehow, she caught attention of the public.

In her final statement, she apologized to those who dislike her outfit emphasizing that neither she nor the designer has intended to disgrace the said ball.