This story has been making a buzz on the first months of 2014.

Deniece is claiming that she was raped by Vhong. The actor on the other hand claimed that the rape story is not true. Both sides are claiming they are the victims.

Deniece claims that she was raped but she seemed more than willing. You cannot raped someone that is willing- right? The blow j0b thing that she did to Vhong happened in his first visit according to the interview. 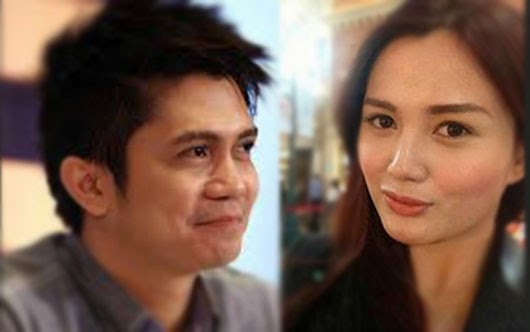 Navarro admitted to Boy Abunda that “something happened” on their first date. “After consuming one bottle of white wine, they made out and it led to oral s3x.”

Was she forced to do it? I think not. Deniece invited him again to come and bring food to her condo in his second visit.

The 2nd visit of Vhong according to CCTV footage:

Two minutes later other men, believed to be Lee’s companions are seen entering the condo.

Cornejo is next seen leaving the condo again.

Vhong`s story was supported by the video footage.

According to the push poll of abscbn the majority believe that Vhong is telling the truth. Vhong has 91% of the votes and only about 9% believe Deniece. Right now many speculate that she is the one instigating the rape episode. She invited the guy not only once but twice and now claims she was raped.

Was Deniece raped? How did she keep her cool? Other victims would be in distress. Why settle for a miniscule amount for being raped? At first 200,000 pesos then the price went up to 2 million? Is money more important than justice? Perhaps the rape did not happen at all. Is she a hooker? Extortionist?

The rape is probably not true as all the proof indicates otherwise. Extortion? Strong evidence shows that the extortion may be true since the story, video, and texts of Cedric support Vhong’s claims.

About Cedric. Well…this is not the first time that Cedric’s group attacked a man. So it is difficult to believe that Cedric is clean this time. According to the reports that David Bunevaz’s was beaten on November 27 of 2007.

“His face was battered and his left ear and lips were bruised and swollen. There were blood stains on his shirt. David also had a distinct depression on his forehead, which I later learned was caused by a gun being pointed at him,” Jessica Rodriguez said

Was Deniece raped? After the smile she did in the elevator while Vhong was attacked in the condo you decide.