MANILA, PHILIPPINES—Businessman Cedric Lee’s lawyer, Atty. Howard Calleja played down the message of his client, Wednesday, to actor-host Vhong Navarro after being released on bail, which deeply dismayed Navarro’s camp.

Lee was asked by reporters upon his release about what his message to the actor would be. With a smile, Lee responded that startled netizens.

Some netizens interpreted this statement as a threat to Navarro. 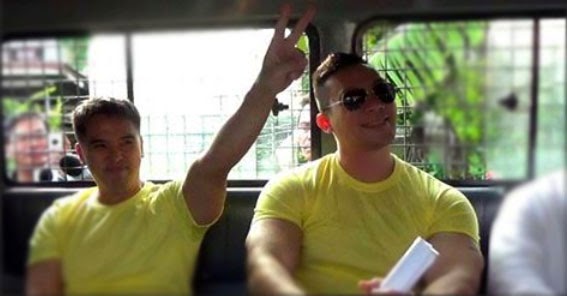 “Anong mararamdaman mo? Parang pinapalabas na after all, ikaw ang nabugbog, ikaw ang nadetine, ikaw ang itinali, ikaw ang na-humiliate, kung ano-anong ginawa sa ‘yo, ‘yun pala ikaw ang may kasalanan?” she added. (What would you feel? It’s like you’re the one beaten. detained, tied, humiliated and a lot of things done to you and yet you turn out to be the guilty one?)

On Wednesday, however, in an interview over DZMM, Calleja said there is no reason to pay attention and give malice to Lee’s remark.

However, Calleja mentioned that he would remind Lee, his client, to no longer make statements like that.

Earlier, the TV host aired his concern for, not only his own, but also his family’s safety following the release of Lee and co-accused Simeon “Zimmer” Raz, Jr.

For illegally detaining him last January 22 in a condominium in Taguig City, Navarro sued Lee, Raz and three other individuals, including model Deniece Cornejo. His camp, obviously disappointed over the current turn of events and the development of the case, asked for the inhibition of Judge Paz Esperanza-Cortes of the Regional Trial Court Branch 271 to handle the case. References: abs-cbnnews com, kickerdaily com