An audio/video scandal tape allegedly involving Daniel Padilla while he is having a conversation with his friends have grown viral throughout the internet. It remains unclear whether he is flirting with Anne Curtis’s sister, Jasmine Curtis or is speaking ill of a certain actor, supposedly said to be Sam Concepcion.

A variety of netizens’ reactions roared on social media about the audio/video. But is the voice and face behind the conversation really Daniel Padilla? It is obvious that only voices could be heard and the video was supposedly recorded in secret for everything was well hidden in the dark. 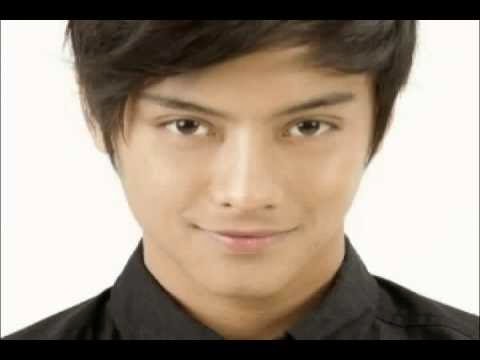 Different versions emerged because the video was not detailed enough because it was secretly recorded and is said to have been dialogues between Daniel Padilla and some of his friends. Names of Sam Concepcion and Jasmine Curtis are even mentioned.

It was first sjown in a blog, Fashion Pulis, and a number of netizens gave out their reactions upon hearing the audio/video. The young actor allegedly spoke inappropriately and acted in an ill-mannered way.

Many fans, especially those who support Kathniel, raised their eyebrows in intrigue about him mentioning Jasmine Curtis.

(Although a lot of people bash me from behind, I don’t really care. That is because I know that there are lots of other people out there love me. Thank you very much and I love you all!)

Immediately after being released in a popular website on the internet, people quickly commented their thoughts and reactions, mostly bashing Daniel.

(It’s obvious that it’s Daniel. He talks exactly like that. Some fans just remain in denial. And how is Jasmine and it seems that she’s entertaining Daniel or is my understanding of it all a mistake? To all the fans out there, don’t even hope that the love teams (all love teams) that you support are real.)

(Truth. Daniel talks like a person from the streets. He should not be made a role model. He’s a “jeje” in addition to his unpleasant attitude. To all those fans out there, stop defending your idol that has an awful character.)

(Go on, fans. Remain blind. Remain deaf, because that’s not Daniel. Don’t be stupid and wake up to the truth.)

(Actually, there’s nothing wrong with their conversation. It’s normal for a really close group of friends, much less, teenagers. Boys nowadays are also like that. Even if they already have girlfriends, they still talk about other girls. It’s not a big deal—the uploader was just a cracked nut. They planned it hehehe.)

Daniel’s attitude towards the negative comments on this issue seems to be all right—to just ignore it so that the issue would die down and fade away into the depths of time as it passes.