It looks like undefeated American boxing legend Floyd Mayweather Jr. had a change of heart again as far as a fight with Filipino boxing superstar, Manny Pacquiao, is concerned after opening the door for a possible fight with the Filipino fighting machine.

This developed after Mayweather lists two new one-sided and seemingly hard demands to make the dream bout with Pacquiao to take place. In order to make their fight happen, Mayweather told ESPN, the sporting channel in the United Kingdom, these demands.

The coverage of their fight should be done by Showtime pay-per-view and not HBO, which broadcast the bouts of his fellow boxing superstar to the viewing public. 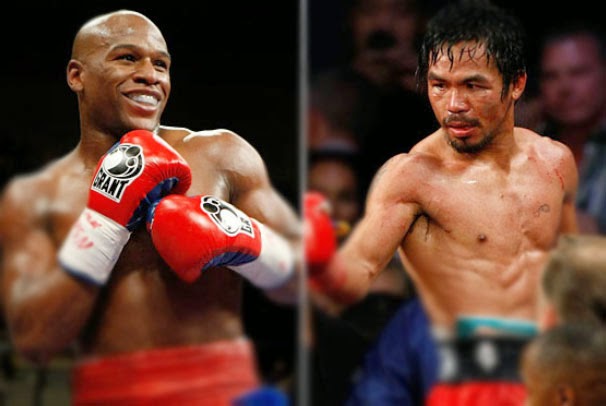 The famed boxing personality also said that his promotional outfit, the Mayweather Promotions, should be the one to promote the fight, not Top Rank which promotes the fight of Pacquaio. Sources have said that these latest demands and conditions of Mayweather may once again derail the fight between him and the Filipino boxer.

Many boxing fans all over the world were made happy by Mayweather when he announced that he is now open to the chance of fighting Pacquiao after his unanimous decision win over Argentinian boxing start Marcos Maidana. If a fight with the Filipino boxer will be presented to him and his team, Mayweather told global media, that they will study it and make it happen.

However, the boxing superstar denied speculations from many boxing fans that he is avoiding a fight with the congressman from the lone district of Sarangani Province, Philippines in order to keep his boxing record, which currently stands at 47-0, unblemished.

“I gotta go back and talk to my team. I’m not ducking or dodging no opponent.” Mayweather said.

The Filipino needs to win in his next fight first against the dangerous, unbeaten American world boxing champion Chris Algieri to make the much awaited fight more interesting. In order to make the possible fight to finally happen in 2015, Pacquiao needs to beat Algieri in Macau in November.