The 49-year old Martina Aileen delas Alas, commonly known as Ai Ai, thanked her boyfriend, Gerald Sibayan, in the photo’s caption for going all the way just to take care of her.

“Iba ibang yugto ng araw—thank you for taking care of me, G.” went delas Alas’s caption. It ended with the symbol of heart.

The reason why she was taken to the hospital, however, was not revealed by delas Alas causing the public to question and wonder what could be behind her hospitalization. 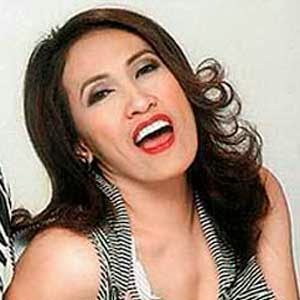 The comedienne’s confinement to the hospital came after the reports about her confirmation on her relationship with the 20-year old athlete and Accounting student from De La Salle University had surfaced and had been revealed to the viewing public.

In an interview with PEP during director and close friend, Wenn Deramas’s birthday celebration, Delas Alas had confirmed her relationship with Sibayan. She stated that she didn’t really look for him. He just came to her life unexpectedly.

Even after the confirmation, Ai-Ai didn’t reveal how they met but it was reported that she is the manager of the DLSU badminton team, of which Gerald is the star player.

Sibayan earlier confirmed his romantic relationship with delas Alas in his Facebook account via a simple response with private message of PEP.

Delas Alas’s short-lived marriage to Jed Salang, businessman, ended in divorce last year in after she filed a case against him accordance of RA 9262 or Anti Violence Against Women and Their Children Act.

The comedienne, however, gave emphasis that she and the young athlete are not yet even considering or planning to get married.